House hunting is difficult.  Especially when you are looking not only for a solid investment but somewhere for you to live.

When I first viewed the property at Forth Street Pollokshields it really was a poor property throughout, so much so that my dad who was viewing with me at the time muttered that we should move swiftly ‘onto the next one’ immediately after the viewing.

Having just lost out at a closing date of a nearby three bedroom flat, also in Pollokshields and at a much higher price, I had other ideas and thought this could be a worthwhile investment.  The real draw of this property was that it had an enormous downstairs area that was being used as a storage area.

Pollokshields is quite a mixed area in terms of property, the one that was missed was just round the corner and sold at somewhere north of £180k, with properties on adjacent streets to Forth Street selling for over that figure regularly.   In fact I had actually viewed a two bedroom flat that was in a good condition which shared the communal area of this property that week and that was priced at around £160k.  I thought a cheeky offer was worth it and managed to secure a £5k discount on the Home Report value and got it at £135k.

This property was a little different as I actually lived there for three years, it was a nice enough flat and I enjoyed my time there.  This gave me the opportunity to renovate it at a rather slow pace.

Stripping wallpaper, plastering, new laminate flooring throughout, new Tenement doors and of course the building work in the basement were all completed during my time there.

The main bulk of the work was the basement – this involved having an Architects drawings, removing a section of supporting wall and replacing it with a ‘Goal Post’ frame.  This required a building warrant as well as Structural Engineers survey.  The final result though was a nice open plan bedroom with oodles of space, not to mention an adjoining en-suite and storage area. 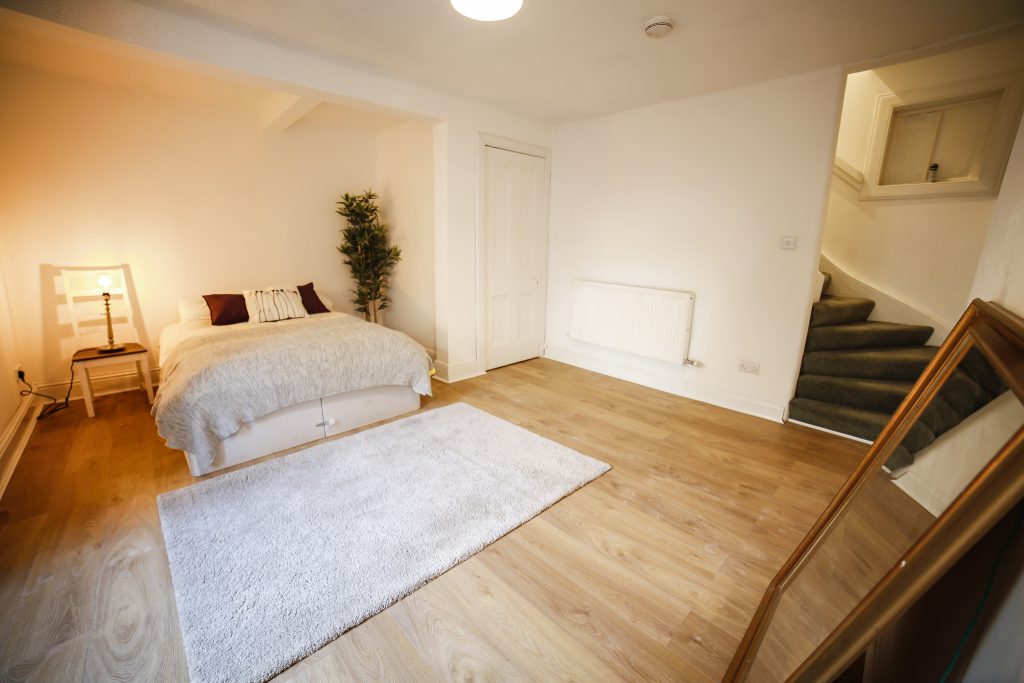 Basement bedroom with goal post frame created above the bed which allowed the room to be opened up. Previously this was a cupboard space 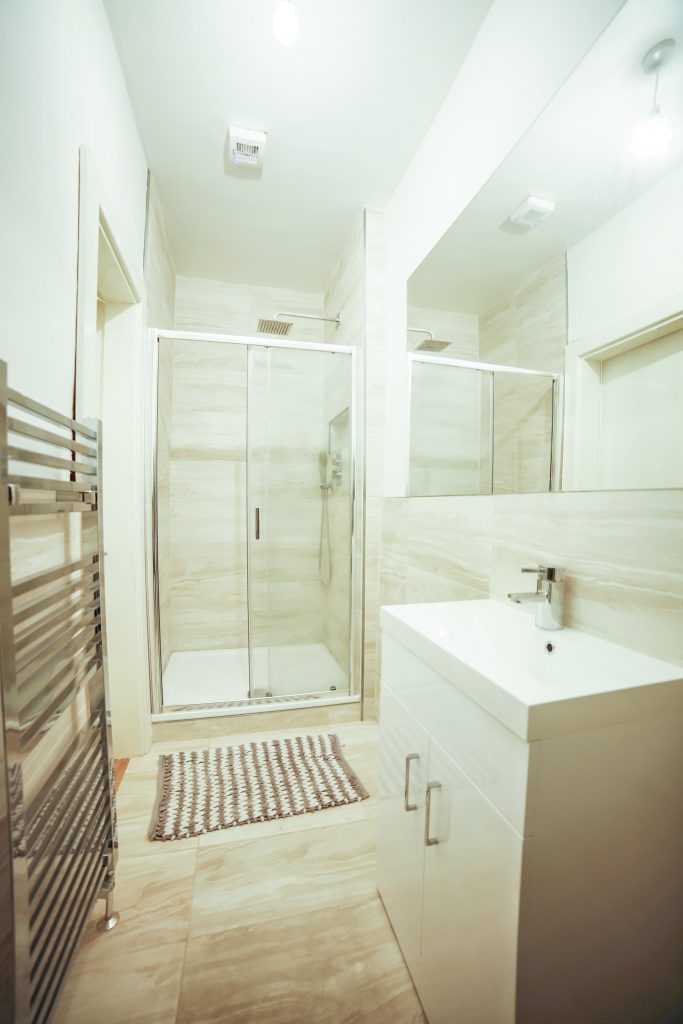 En-suite bathroom in the basement area

A lot of work and TLC went into this property but the end result was fantastic – We managed to secure a sale at £185k, having spent around £20k on the refurb.  This gave us an impressive profit (as well as a few years lodging!)

Check out a few of the other pictures, and as ever get in touch today if you are interested in investing or letting with us. 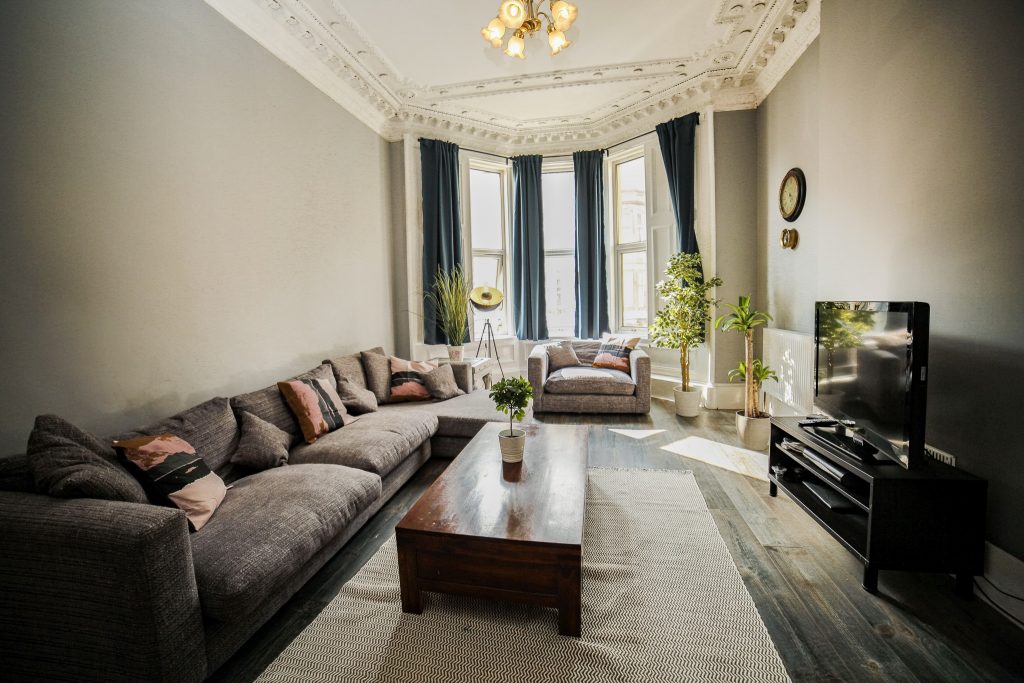 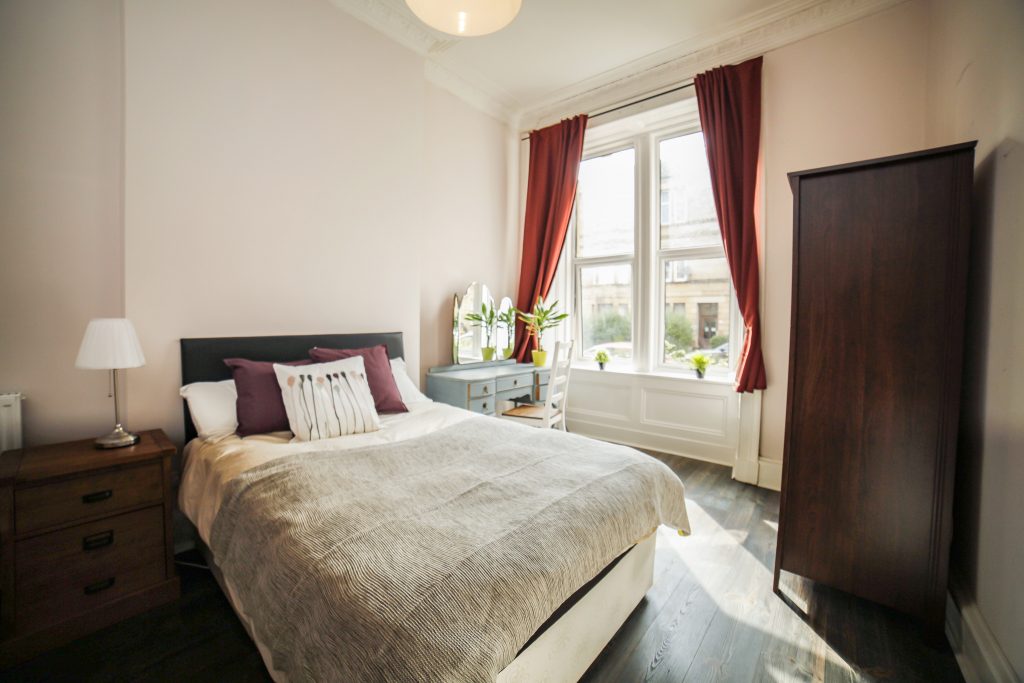 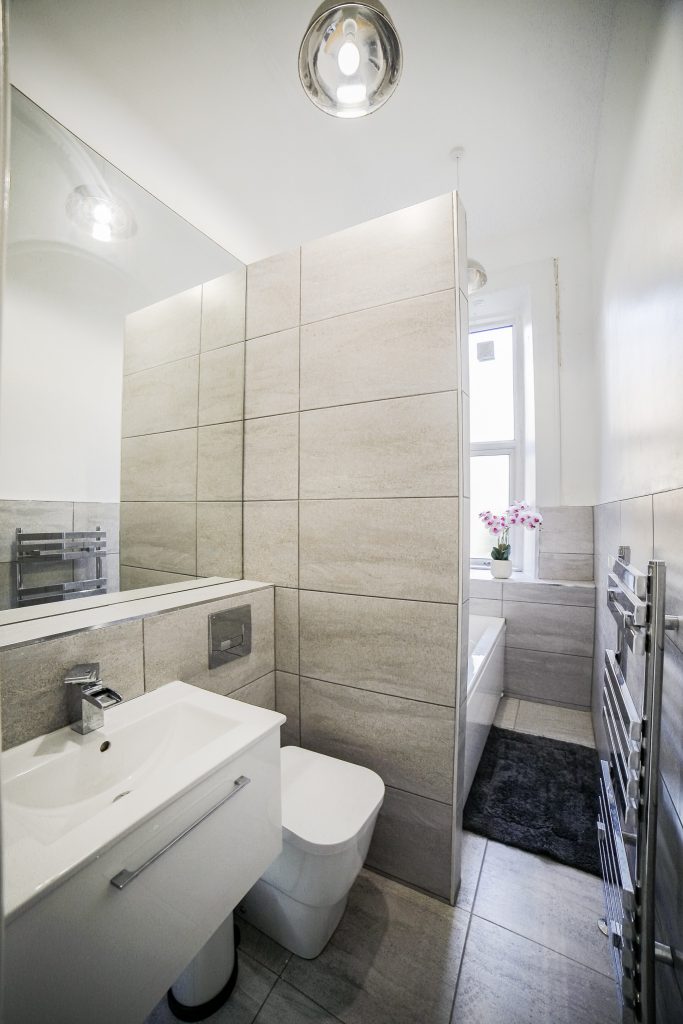 New bathroom with Porcelanosa tiles. Quite narrow as is normal with Tenements, space was utilised well to fit in a bath with shower over 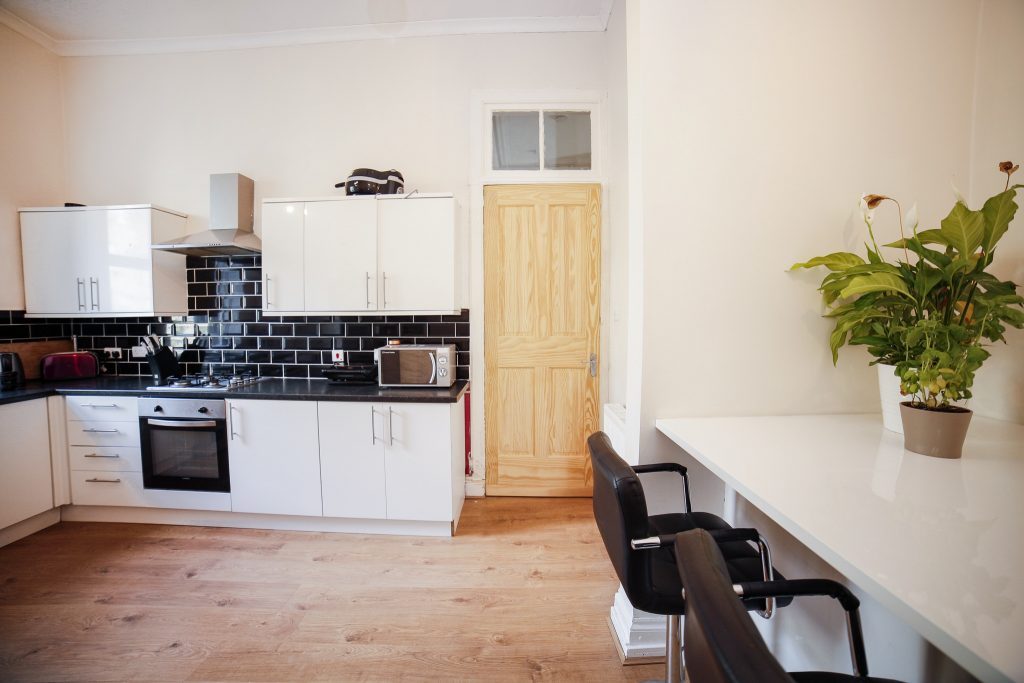 Simple kitchen, I actually had a breakfast bar made on top of the box which is the entrance to the basement level!