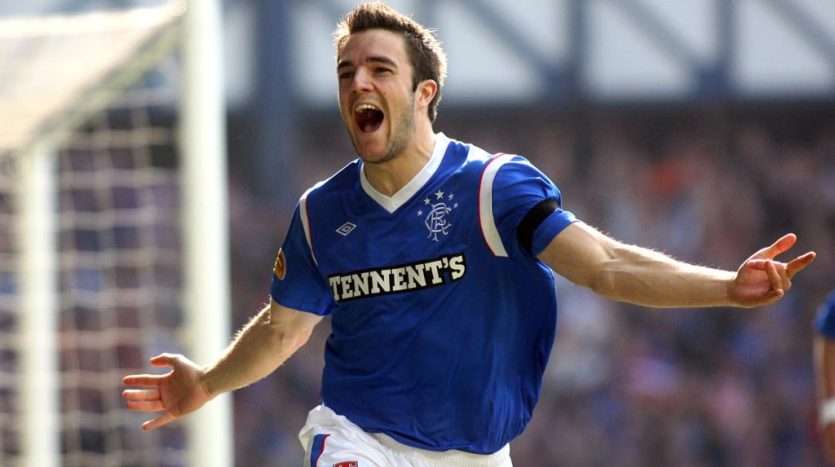 Former Rangers striker opens up on mental and physical toll of career and his budding business.

THE foundations were laid during some of the most difficult days of Andy Little’s career. After going back to the drawing board, he is now building for a brighter future.

There are many moments from Little’s times with Rangers and Northern Ireland that stick in his mind. One afternoon with Dumbarton stands out, though.

On the way home from a defeat to Montrose in November 2018, Little decided he was going to retire from football. Come the Monday morning, the call was made to manager Jim Duffy.

He had been a champion with Rangers and represented his country. Yet the latter years with Preston, including loans at Blackpool and Accrington Stanley, and then Stirling Albion – where he suffered serious head injuries in a freak training accident – and the Sons took their toll physically and mentally.

It was time to retire and move on. Now a successful businessman with a thriving property portfolio, there are no regrets on Little’s part.

“I was only 29 and, honestly, it was the best decision I have ever made in my life,” Little told Herald and Times Sport. “People will probably find that a bit strange. I can still tell you the date that I retired from football.

“At 29, you have still got up to 10 years left. But I just had injury hell and I was really keen to get a move on with the rest of my working life.

“I certainly haven’t made enough money in football and I knew I was going to have to work for the rest of my life. I saw it as an opportunity to get a head-start on working life before kids come along and stresses that happen later in life.”

There was a sense of going back to the future for Little. Football had been his life, but a love of property was nurtured during his time at Deepdale or, more accurately, through his time in front of the television.

The BBC show ‘Homes Under the Hammer’ became more than a way to pass the days for Little and a chance meeting with a builder in a coffee shop offered a new opportunity whilst he was unable to play through injury.

With Little’s interest piqued and inspiration found, the pair would renovate and sell houses in the Chorley area. It was the beginning of the next stage of Little’s life even before quitting football had come to mind.

“That got me interested in property and I then moved back to Glasgow when I got released from Preston,” Little said. “I was struggling to get back into full-time football so I started working in a letting agency as a part-time job.

“It was quite funny. I found myself working for £11-per-hour in a city like Glasgow where, only two years previously, I had been playing for Rangers and I would get stopped in the street.

“There was a relative level of ‘fame’, or whatever you want to call it. It was quite funny because I started doing viewings and check outs and inspections of property and every so often you would get a look and someone would say ‘are you not Andy Little that played with Rangers?’

“I would always make the same joke that I am on to bigger and better things now. That is how the interest in property came about.

“I worked in that letting agency for four years, initially on a part-time basis and then I really enjoyed it, I needed to work alongside playing for Stirling Albion and Dumbarton and doing some media work. I needed to earn money and learn the ropes.”

Little would soon discover the harsh reality of working life as the chaos of Covid saw him made redundant. It was a decision the Northern Irishman had no qualms over, and the setback was put to good use as he went back to the classroom to gain his qualifications as a letting agent.

The ambition to take a share in a Glasgow firm and some 45 emails were sent and offers were made. Of the handful that came back, one – from Matthew Gunn – stood out and opened doors.

“It was the first time I went back to school since I was 16 and it is the only qualifications I have outside of GCSEs and AS Levels,” Little said.

“Matthew had a small agency who did Airbnb mostly. He was 32, I was 31 and we were both very similarly minded in how we thought a letting agency should be run.” Little’s first meeting with Gunn – in a Yoker park during Covid restrictions – wasn’t a salubrious start.

The pair have now operated Gallus Lettings Ltd for seven months and the rise and rise vindicates their respective faith in each other.