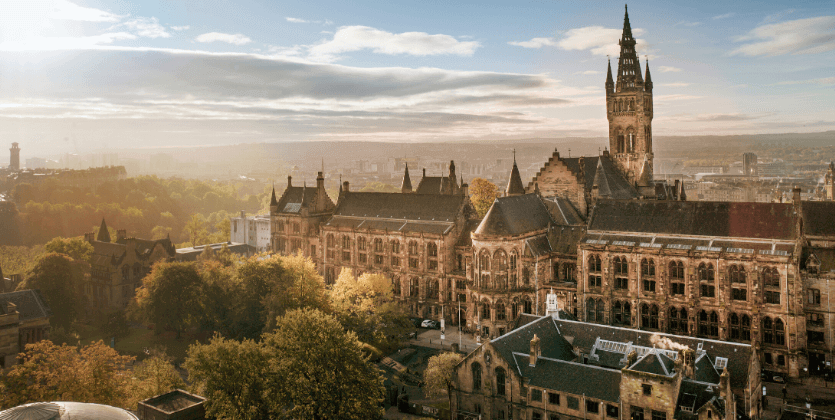 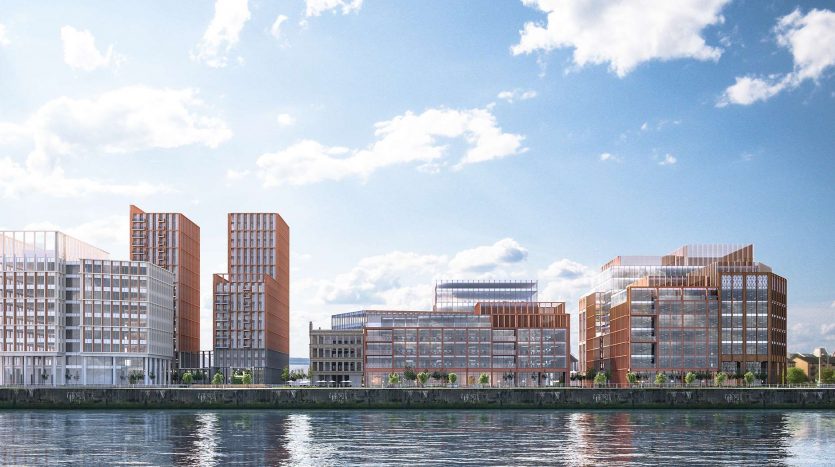 The new Barclays Campus which is now under construction 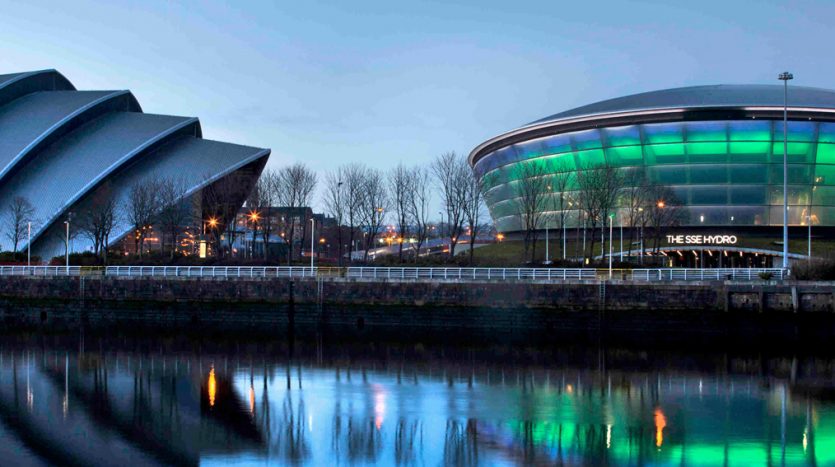 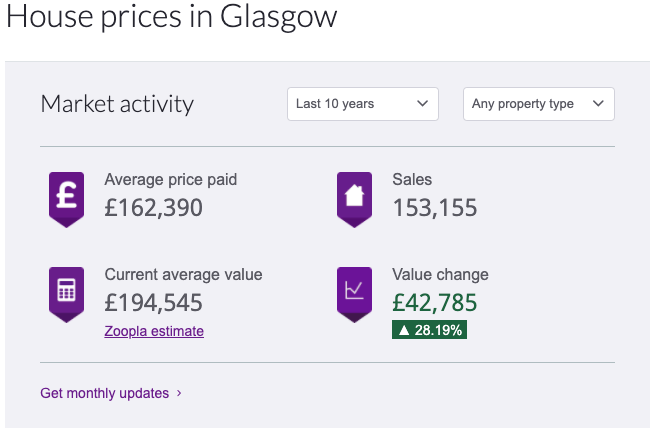 The report recommends a concentration of urban functions to boost economic, environmental and social goals by regaining population density.

With the City Centre population set to double in size this could dramatically increase the requirement for good rental properties and should lead to a steady stream of renters for years to come.  At Gallus Property we think the City Centre and surrounding areas could also see capital growth accelerate as a result

Glasgow is a famous student City with well-established universities like University of Glasgow,  Strathclyde and Glasgow Caledonian as well as a host of other colleges and specialist learning facilities.  These prestigious Universities attract high calibre students from around the world to live and study in Glasgow.

Around 67,000 people or more than 11% of Glasgows population is made up of students and an incredible 42% of students go on to settle in Glasgow.

This leads to a high demand for properties across the City.  Forget what you know about undergrad students who love to party – at Gallus Property we have recently had success with many foreign students paying a premium for high quality properties, many are generously sponsored by their governments for the duration of their studies and make for exceptional Tenants.

The high student populations also creates many areas which have a thriving economy and nightlife with bars and restaurants catering for them, this can be seen in the West End and beyond which creates thriving and diverse communities.

This one is fairly straight forward.  We wrote in a recent blog that Glasgow and surrounding areas have some of the best yields in the UK.  With affordable price points, good capital growth and high tenant demand this makes Glasgow a natural choice for Property Investment North of the border.  Expect yields in the region of 7.6% gross, or even better if you know where to look!  Hint:  If you don’t, we can help

Glasgow has evolved and diversified in recent years, from the working class shipbuilding past to a hub of global industry.  Glasgow is now home to technology, finance, sciences, tourism and further education industries to name just a few.  The Glasgow Economic Strategy sets out an ambitious plan to create 50,000 jobs by 2023.  There is a further goal of making Glasgow the most productive major city economy in the UK by 2023.

Glasgow has representation of 40% of FTSE 100 companies as well as new and exciting projects which will bring thousands of jobs to the City, such as the new Barclays Campus and Channel 4’s new Creative Hub.

Needless to say many companies view Glasgow as an exceptional choice when choosing where to Invest.  This creates a fantastic market for Property Investors with Capital Growth and Tenant demand providing exceptional returns. 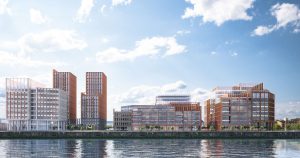 The new Barclays Campus which is now under construction

Glasgow is home to exceptional museums such as Kelvingrove, Gallery of Modern Art and Riverside Museum among many others.  It also boasts the SSE Hydro which was recently named as the second busiest events venue in the world.

There are three exceptional football stadiums, as well as other sporting events throughout the year at arenas like the Emirates in the East End.  With various festivals such as TRNSMT and Celtic Connections throughout the year, it’s easy to see why many people choose Glasgow as their home.

Of course this all has a knock on effect to Property Prices and rental demand – Glasgow is a thriving City with an almost unlimited choice for the people that live and work here.  It is able to attract some of the best talent to study and work which creates an educated and affluent demographic.

Glasgow has recently seen Property prices rise in excess of 5% per year recently and 28% in the last ten years, strong buyer demand coupled with lack of stock has increased prices dramatically and those who have invested in Glasgow in recent years have seen their properties increase in value significantly.  Investors have been enjoying good rental yields in Glasgow but the Capital Growth has been a significant bonus.

With the rental demand remaining strong we expect many investors will continue this trend, there may be a change in prices in 2021 but this may in fact provide even more opportunities to Investors 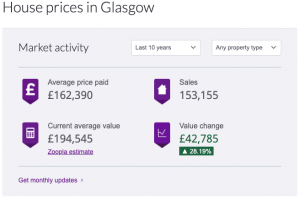 The average house price in Glasgow stands at £194,500, which in comparison to Edinburgh at £292,000 and the UK average of £232,000 is significantly cheaper than both its Scottish neighbours and those South of the border.

In some areas properties can be purchased at almost crazy prices of around £40k.  Whilst these lower valued properties may not always make the best investment you can pick up cheap properties in areas of strong rental demand for very reasonable prices.  It’s quite easy to find good yielding properties in the £70-80k price range which makes Glasgow an affordable alternative in comparison to many areas across the UK, especially the South of England.

Since 2011 there has been over £16 billion invested in infrastructure, including several notable developments such as the Queen Elizabeth University Hospital and University of Strathclyde’s Technology and Innovation Centre.

The £1.13 billion Glasgow City Region City Deal will significantly transform the metropolitan region over the next 20 years. The City Deal will fund major infrastructure projects, create thousands of jobs and assist thousands of unemployed people into work, improve public transport and – all driving innovation and growth which will ensure that Property Investors will continue to see good returns and capital growth.

Glasgow has good transport links to Edinburgh with the M8 Motorway and frequent trains leaving from the newly refurbished Glasgow Queen Street Station.   The M77/74 motorways provide a quick route to the West Coast and Ayrshire as well as further down to England and the South with Liverpool and Manchester less than four hours drive from Glasgow.

Glasgow airport has 30 airlines which provide services to over 100 destinations worldwide and seen nearly 10 million passengers per year making it a truly global destination.

Within the Inner-City area of Glasgow there is a Subway with an Inner and Outer circle servicing the City Centre and West End.  Frequent bus services and over ground railway stations in nearly every location mean that many of the areas on the outskirts are easily connected making many areas popular with commuters.

We hope this blog has given potential Investors some valuable knowledge on why they should consider Glasgow for Property Investing, if you would like more information or are considering investing but are not sure where to start then get in touch